It’s Go Time For Redistricting: Will Georgia be Gerrymandered AGAIN?

This is the second Peach article I’ve written about redistricting. The earlier redistricting article discussed some of the basics. This issue outlines where we are in the process now, what to look for as we go forward, and how you can get involved. As always, if you find the Peach interesting, send it to your friends. If you’re not sure if you’re getting the Peach every other Monday, just sign up. The software will eliminate duplicates!

It’s Go Time For Redistricting: Will Georgia be Gerrymandered AGAIN?

Georgia is ready for the final stretch in the process of redistricting that will draw the boundary lines to determine districts for congressional, and state house and senate districts. Redistricting has often been used to preserve power for incumbents or for other nefarious purposes. Some states have moved to a process to remove redistricting from political pressures. Unfortunately, Georgia is not one of those states. But citizens do have some power to ensure that the process is somewhat fair. And we need to use all the tools in our redistricting tool box to utilize that power.

Where we are: The Georgia state legislative reapportionment committees held a series of public hearings this summer to solicit comments about map drawing. Unfortunately, no draft maps were available for voters to consider. Census data released in August allow the committees’ staff to begin drawing maps. Governor Kemp eventually will announce the date for the special session of the General Assembly to consider, revise, and adopt the maps. We hear rumors that it will be in early November. At this point, no public hearings will be held that would allow the public to react to draft maps.

About that Census: Good district maps have to be based on good census data. Despite the pandemic, obstacles from the Trump administration, and lack of robust funding from the state of Georgia, our census numbers look pretty good. “Georgia actually had a higher response rate than we did in 2010,” says Rebecca DeHart of Fair Count Georgia. “We won’t know the full undercount until sometime in 2022, but we saw growth in people of color in around 130 Georgia counties since the 2010 census.”

About those public hearings: The 12 hearings were well attended and overwhelmingly commenters asked for fair maps, that the legislators incorporate public input, and that map drawing be transparent. GPB’s Stephen Fowler posted a good summary of the hearings and the comments.

Interestingly, during the redistricting process in 2011, similar hearings were held across the state. The comments then were also for fairness, public input, and transparency. The legislators listened politely, then adopted maps designed to meet the letter of the law, but also to establish safe districts for many Republicans. The 2011 plan packed more Black voters into minority districts than necessary, and drew some Democratic incumbents into the same district, which resulted in the number of women elected actually dropping in the 2012 elections.

The Voting Rights Act of 1965 (VRA) prohibits states from drawing districts that deny minorities a chance to elect a candidate of their choice. Georgia has benefited from this protection since the enactment of the VRA, and has been able to elect Black representatives that reflect the growing diversity of our state. “So what that looks like on the ground,” says voting rights attorney Bryan Sells, “is that the VRA is going to be a tool to prevent the dismantling of districts where Black voters and possibly Latino voters are able to elect candidates of their choice. And it may even be a tool to require the legislature to draw additional minority opportunity districts.”

A key difference this time is that this will be the first redistricting cycle since the 2013 U.S. Supreme Court ruling in Shelby v. Holder that nullified the Section 5 preclearance provision of the VRA. Preclearance was the tool to prevent backsliding also known as retrogression. Southern states that had a history of discrimination in voting, could not make changes to any part of their election laws, including redistricting, without getting preclearance from the U.S. Department of Justice. But since the Shelby decision, Georgia’s redistricting maps do not have to be approved by the Department of Justice before they are adopted. What this means in practice is that maps will be enacted and take effect immediately. Any court challenge to the maps using Section 2 of the VRA would likely be ruled on after elections are held using the contested new maps.

While it is unfortunate that our state is no longer under preclearance protections, we do have several tools that give voters more agency in the redistricting process. We now have widely available and user-friendly mapping software, much more than was available in 2011. This enables average citizens to create maps that reflect their communities of interest. It also enables map drawers to create a wide variety of maps that meet legal requirements of size and racial makeup. This wide range of mapping options makes it easier to take into account communities of interest and geographic barriers.

In addition, we have more advocacy groups working on fair maps than we did in 2011. These groups can help educate and mobilize citizens to demand fair maps. This can help create a more aware population that is demanding a change from the old ways of drawing maps to favor one particular party or to protect incumbents.The recent census data show that not only has our population grown, but we are now an even more diverse state. This will dictate the number of minority districts that must be created.

The redistricting road ahead: Between now and the end of the upcoming special legislative session, there are ways we can still have input into this process that will hopefully result in more fair maps. A number of workshops and educational events are being scheduled by nonpartisan groups. Fair Districts Georgia is sponsoring a townhall tomorrow. You can sign up here and get more information. Check their website for future events and good educational material.

Also, the nonprofit Fair Count is ramping up a series of redistricting on-line trainings called “Mapping Mondays” where participants can use technology to actually draw maps, and it is developing details for “Write In Wednesdays” activist trainings. Check this page of their website for details and to sign up.

Also the Georgia Redistricting Alliance is a coalition of non-partisan civic engagement groups that is planning a number of map drawing workshops around the state, engaging their members and others in fair map advocacy.

These advocacy groups are partnering with the Princeton Gerrymandering Project. In addition to providing a wealth of educational materials and research about redistricting in all states, this organization is preparing guidelines or benchmarks based on our 2020 census figures specifically. These can help evaluate redistricting proposals for compactness, respect of county boundaries,  partisan bias, and compliance with the VRA. These benchmarks will be released the third week of this month and you can read more information here.

There are several additional things that all Georgians can do: First, we can still file comments with the legislative redistricting committee. This portal is a way to register on-line comments about the redistricting process. It is also informative to scroll through and learn what others say about the process. Even if you testified in person or on-line you can register new comments. Second, call and email the members of the House Committee on Legislative and Congressional Reapportionment and the Senate Committee on Redistricting and Reapportionment. Third, if your own House and Senate representatives are not on one of these committees, call and email them using your handy My Voter Page. Every legislator should hear from citizens about fair maps. And lastly, follow all these groups on social media, and post your own messages about redistricting to amplify good map drawing messaging.

So, it’s a bit like we are at the seventh inning stretch. We have been through a summer tour of public hearings across our state. We have the census data that allows map drawing to start, and we have heard loud and clear that Georgia citizens are fed up with the political shenanigans of past years where maps were drawn for political purposes. Now, we will soon be armed with knowledge and data to demand fair maps.

And as attorney Bryan Sells observes, “In any redistricting process no matter who is in control, politicians need to decide whether they want to be pigs or hogs. Pigs get fat. Hogs get slaughtered. There are fewer constraints this time around. But Republicans are in control. And they can be hogs and try to get every last seat possible within constraints that still exist, but they run the risk of getting slaughtered at the next election or the election after that.”

Reading: If you are not saturated with World Trade Center remembrances, I recommend this amazing and touching article from Esquire, The Falling Man. Forewarning: this article has disturbing photos and language.

Listening: I enjoyed this episode of the War on Cars podcast. It is an interview with the TikTok star Vignesh Swaminathan, AKA Mr. Barricade, as he explains his work and use of social media to transform urban streets and communities. 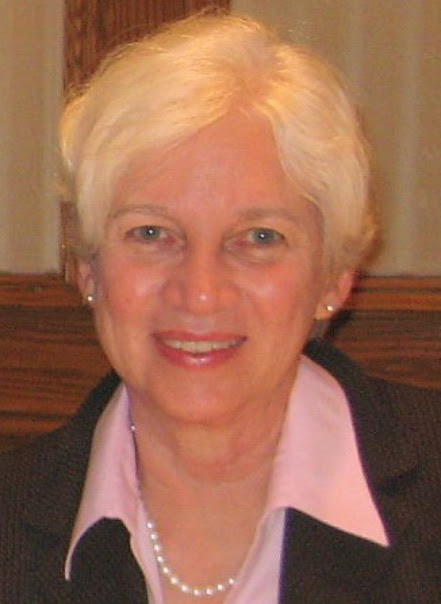